After conducting a primary election in the midst of a pandemic, Pennsylvania's election practices are now the subject of several lawsuits due to complications stemming from COVID-19. Notably ones by the NAACP Pennsylvania State Conference and President Trump’s re-election campaign. As November approaches, the state and the city of Philadelphia are grappling with how to handle the issues brought up in the suits, and creating the most effective and safe plan for the general election in the fall. Pennsylvania is a battleground state in the upcoming election and with the presidency on the line, the state’s election practices will be under heavy scrutiny. These lawsuits shine a light on the problems that still exist within the mail-in ballot system and potential gray areas that may lead to the court system deciding which ballots should be counted.

While the state passes laws laying out how dropping off mail-in ballots should work, local county governments and election boards still largely determine how the election is run. According to Patrick Christmas, the policy director at the Committee of Seventy, a nonpartisan local advocacy group, the “patchwork set of programs for collecting and dropping off mail-in ballots across Pennsylvania,” is partially at fault for the looming threat of judicial intervention.

Legal clarity is particularly needed for important ballot collecting methods like mail-in ballot drop boxes and mobile drop off sites, both of which are contested by President Trump’s re-election campaign’s lawsuit. “If it’s not entirely clear in the law right now, we need it to be clear,” said Mr. Christmas, “we can’t wind up with ballots that have been dropped off by folks who think they’ve done the right thing and by county officials that think they’ve done the right thing in November, but they wind up in court.”

These concerns over ballots ending up in “legal limbo” as Mr. Christmas calls it, could raise overarching questions about the validity of the election. President Trump recently suggested that mail-in voting would lead to widespread election fraud. When asked if the validity of the election was going to be questioned, Abbey Hazlet, a member of the Committee of Seventy’s Board of Directors said, “I think that’s absolutely going to happen.” The concerns over the integrity of the election may be exacerbated by delays in Philadelphia’s election results, mostly because of the large number of mail-in ballots. “People can think about it, 170,000 ballots, but when you see what that looks like in envelopes...it was really a daunting task,” said Lisa Deeley, Philadelphia City Commissioner, reflecting on the June primary election. Commissioner Deeley is one of three elected officials in charge of running Philadelphia's elections. Many believe the key is educating the public. “Voters, especially Philadelphia voters are used to going to bed on election night and knowing who won and who lost, so it’s a sea change...we’re going to have to do everything we can to manage that expectation and to educate people on the process,” said Commissioner Deeley.

Beyond educating the public, there are a couple of other important changes that may help the November election run smoother and ensure public confidence in the results. The first is funding. According to Patrick Christmas, the city commissioners office needs five to seven million dollars in addition to their current budget to more efficiently conduct the general election in November. This funding would go towards personal protective equipment for poll workers, many of whom are older and more at risk for Covid-19. The commissioners office also needs funding for training and equipment to help count mail-in ballots more effectively. The second reform would allow counties to start counting mail-in ballots earlier than election day, which will require changes in state legislation, an outcome Mr. Christmas thinks will likely happen.

President Trump’s re-election campaign’s lawsuit alleges that the state’s “hazardous, hurried, and illegal implementation of unmonitored mail-in voting...provides fraudsters an easy opportunity to engage in ballot harvesting, manipulate or destroy ballots, manufacture duplicitous votes, and sow chaos.” Other issues brought up in the lawsuit include the use of mobile mail-in ballot drop off sites, the marking of secrecy sleeves, and whether poll watchers should be able to serve outside of their home county. Others do not share these same concerns, “Drop boxes are a low tech, really secure way of giving people more opportunity to cast their ballot and I have not seen anything that I think casts real meaningful doubt on the security of those drop boxes,” said Abbey Hazlett. Patrick Christmas also takes issue with the idea that the marking of secrecy sleeves is problematic. “If that were to come to pass we’d end up with a bunch of people’s ballots getting voided for no good reason,” said Mr. Christmas, pointing out that some states like Oregon do not require a secrecy sleeve at all.

The NAACP’s lawsuit depicts a different set of issues. As a result of the pandemic, and changes to state laws surrounding mail-in ballot eligibility, Philadelphia county alone received over 200,000 mail-in ballot applications for this June’s primary, a number that will certainly be higher in the fall. In addition, the city was unable to staff the usual number of polling places, causing a location reduction of over 70%. This created numerous problems for some Philadelphia residents, particularly those from low income and Black and Latinx communities, and was an issue throughout the state.

The NAACP’s lawsuit primarily deals with safety and voter suppression. The lawsuit alleges that  COVID-19 affected the election process and posed an “unacceptable and unnecessary risk to [voters’] lives and health.” One of the reasons behind this risk were the long lines at polling places. This was in part due to the fact that the state allowed counties to reduce the number of polling place locations by up to 60% and in special circumstances beyond that number. In Philadelphia, and in other counties across the state, the special circumstance was the lack of willing poll workers. These reductions meant that voters often had to travel further to reach their polling places. According to the lawsuit, the impact fell disproportionately on Black and Latinx voters, particularly in Philadelphia. These voters were more likely to rely on public transportation and as a result, incur additional health risks unless they chose not to vote. This leads into the second major issue raised by the lawsuit, voter disenfranchisement.

“One of my greatest concerns is whether or not there’s one vote that’s not counted that should have been,” said Kenneth Huston, President of the Pennsylvania State NAACP. Polling place consolidation undeniably played a role in people being unable to cast their ballots.

“There were surely thousands of people who were not able to vote who wanted to vote, folks who were confused about the polling place consolidation and ended up at the wrong poll and weren’t able to get to the site they were supposed to,” said Patrick Christmas.

As of now, it seems unlikely that there will be polling place consolidation at similar levels to this past June. However, according to some, there is still lots of work to be done to ensure that all eligible voters have an equal chance to safely cast their vote. For one, studies have shown that voting by mail is slightly less popular among Black and Latinx voters than their white counterparts.  “There’s a lack of trust,” said Kenneth Huston and many Black and Latinx voters fear “that there would be a manipulating process in counting their votes.” Furthermore, this is the first year that Pennsylvania is heavily dependent on a vote by mail system. Other states made the transition earlier, like Oregon in which voting by mail has been the standard system since 1998.

“They have had years to make that transition, and not just for election officials to translate their operations… but for the electorate to feel comfortable and know how to vote that way,” said Patrick Christmas. Pennsylvania does not have that luxury.

Instead, massive education efforts will be required to get the electorate up to speed. According to Patrick Christmas, educational outreach through “trusted messengers,” community and civic leaders, combined with support from nonprofits and local government is one of the best ways to help the public. Kenneth Huston believes in a similar approach, saying he’d like to see a task force developed in order to inform voters, particularly in rural areas of the state. Additionally, the NAACP, cognizant of the slow speed of the court system, has launched the Wake Up Black Vote campaign as another means of educating the public.

Motions to intervene have recently been filed in the NAACP’s lawsuit by Pennsylvania Senate and House Republican leaders. President Trump’s re-election campaign and the Republican National Committee also filed a motion to intervene on July 20th, asserting that the changes proposed in the NAACP’s lawsuit seek “to leverage the COVID-19 pandemic into a wholesale judicial rewrite of the Pennsylvania Election Code.” In their response, the NAACP argues that the state Senators ‘and Representatives’ interests are already represented by the state in the lawsuit, and have yet to respond to President Trump’s re-election campaign.

Some important reforms have been passed since the primary that will make it easier for people to vote in November. For example, the state is now allowing voters to register for a mail-in ballot using the last four digits of their social security number as a form of I.D. “That will greatly expand the number of not just Philadelphians, but Pennsylvanians that can use the online application,” said Patrick Christmas. But not every reform that voting advocacy groups envisioned has been implemented, such as sending a paper mail-in ballot application to every eligible voter in the state or allowing early in-person voting.

“We have to be extremely aggressive in ensuring and assuring that everybody’s vote is counted,” said Kenneth Huston, “This is a challenging time for America. I think that we as a nation have to understand that the democratic process must go forward without any hindrance.” 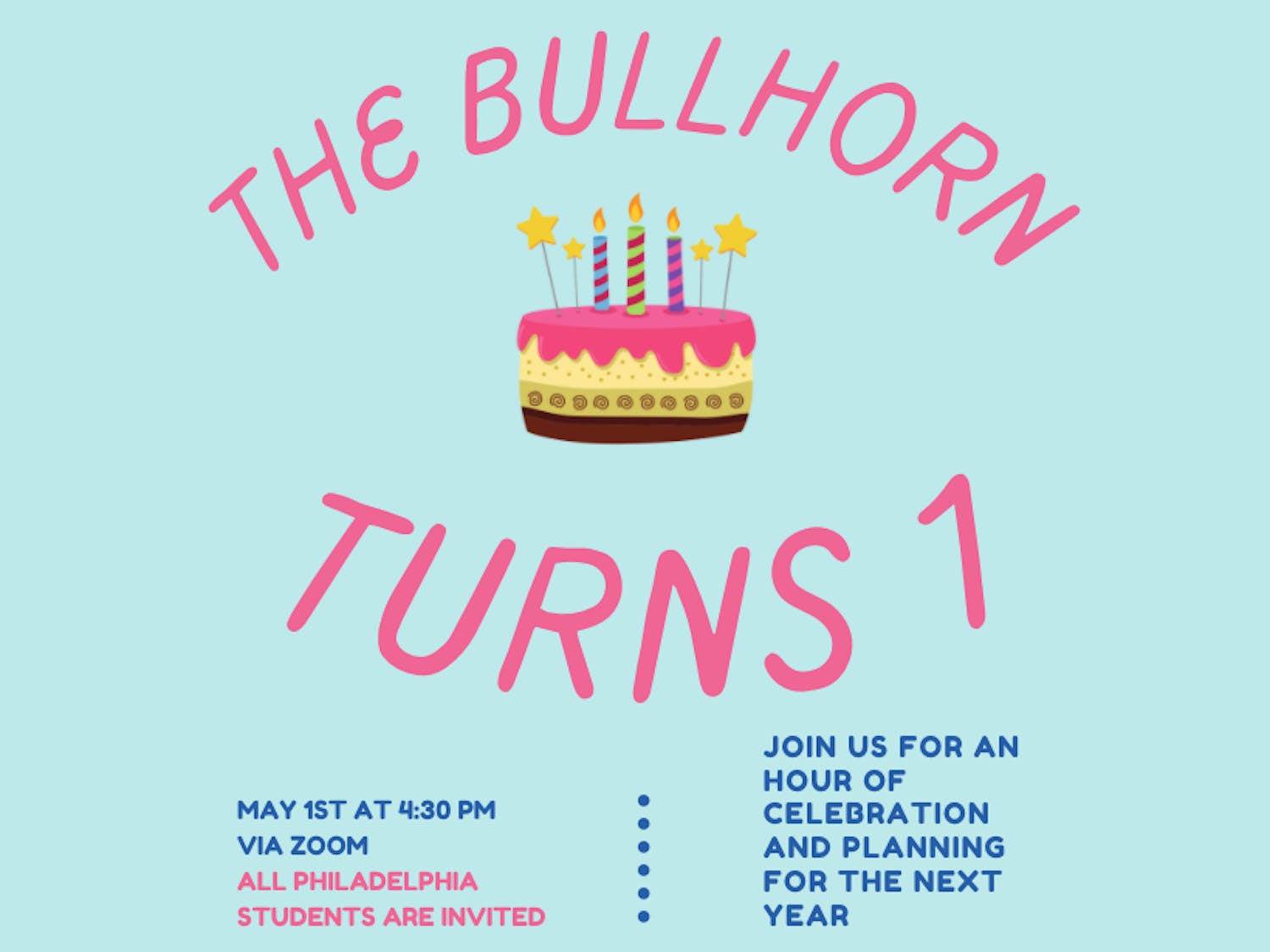 You're Invited to The Bullhorn's First Birthday Party!

Read for more details about our "birthday" celebration. 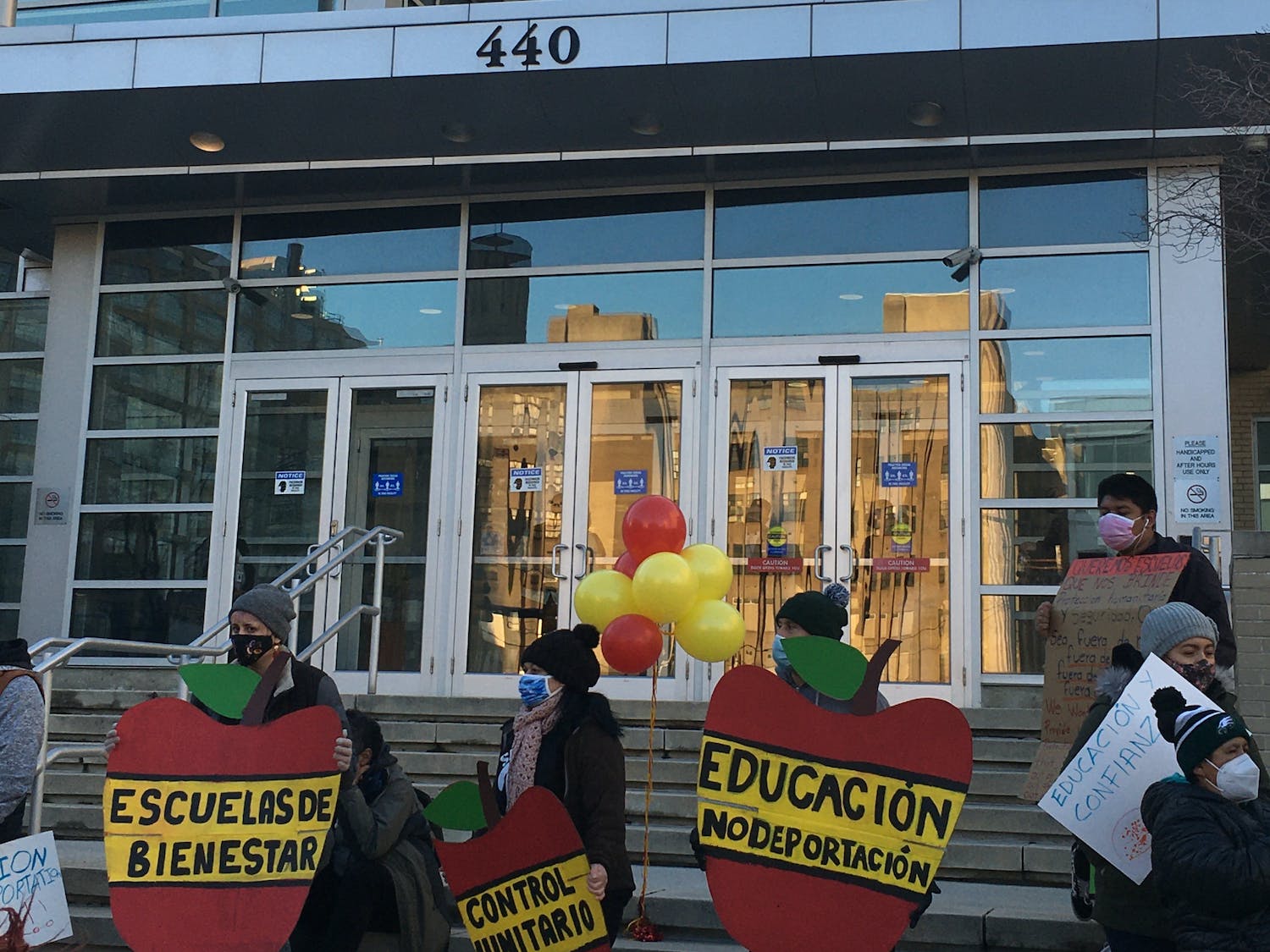 Even in “sanctuary cities,” or cities where there is not active information sharing between local law enforcement and Immigration and Customs Enforcement (ICE) , public schools do not always honor the comfort and well-being of their Latinx and immigrant student populations. Juntos is a South Philadelphia-based Latinx immigrant organization dedicated to “fighting for [Latinx] human rights as workers, parents, youth, and immigrants”.